The Olympic qualifier in Florida was a complete debacle for Cuba

By Yusseff Díaz The Olympic Qualifier of the Americas was one of the most resounding defeats for the Cuban Baseball Federation not only the field but also in the arena of public opinion. Cuba who has been an Olympic juggernaut in baseball did not qualify for the tournament […]

San Diego Padres: Adrián Morejón, the Hurricane of the west

By Yusseff Díaz Adrián Morejon wasn’t great in his first season with the San Diego Padres. This offseason, he’s putting in the work to make sure that doesn’t happen again. Adrian Morejon of the San Diego Padres has been dominating batters since a very young age, the southpaw […] 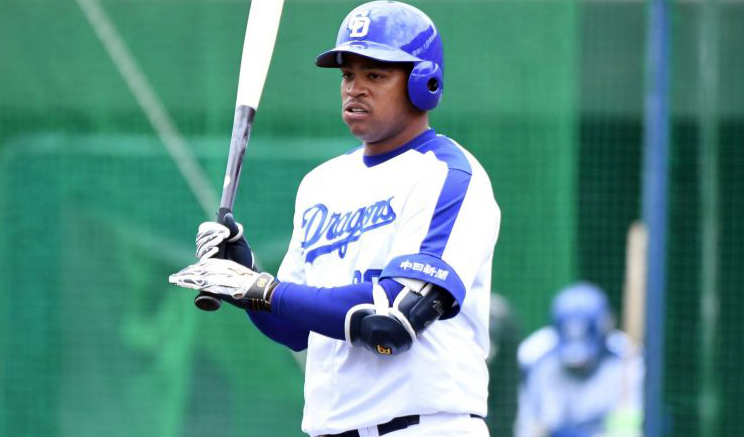 Dayán Viciedo: making an impact in the land of the rising sun

Following a 4-RBI outing from Carlos Perez, Venezuela capitalized on Cuban miscues and made defensive plays to earn their first win of the qualifiers 6-5. By Bryan Jardines   On this opening day of the qualifying round for the Tokyo Olympics, game one between Cuba and Venezuela set […]

By Yusseff Díaz César Prieto is one of the most sought after prospects on the Cuban National Team. The slick fielding opportune hitting second baseman has drawn comparisons to Robert Alomar. Only a few hours after arriving in South Florida the infielder defected from a West Palm Beach […]

By Yusseff Díaz Odrisamer Despaigne is having a stupendous season this year with the KT Wiz of the KBO. In his two seasons in the Korean Circuit he has posted a record of 20-11 with 2.74, this includes his league leading 207 ⅔ innings pitched and his 15 […]

By Yusseff Díaz Dominican manager Héctor Borg announced that ex-big leaguer and experienced lefty Raúl Valdés will face the United States in the second game of the Olympic qualifying tournament for the Dominican Republic on June 1st at 7pm at Fitteam Stadium in West Palm Beach. Valdés was […]

By Javier González Although Lance McCullers Jr is still a young pitcher he has had a great start to his career. In fact he has been so successful that the Houston Astros rewarded him a contract extension valued 85 over 5 years inspite of his recent return from […]